Have you been asking yourself, “What is the keto diet?” You have come to the right place. We’ll explain the ketogenic diet and how it compares to other low carb diet plans. 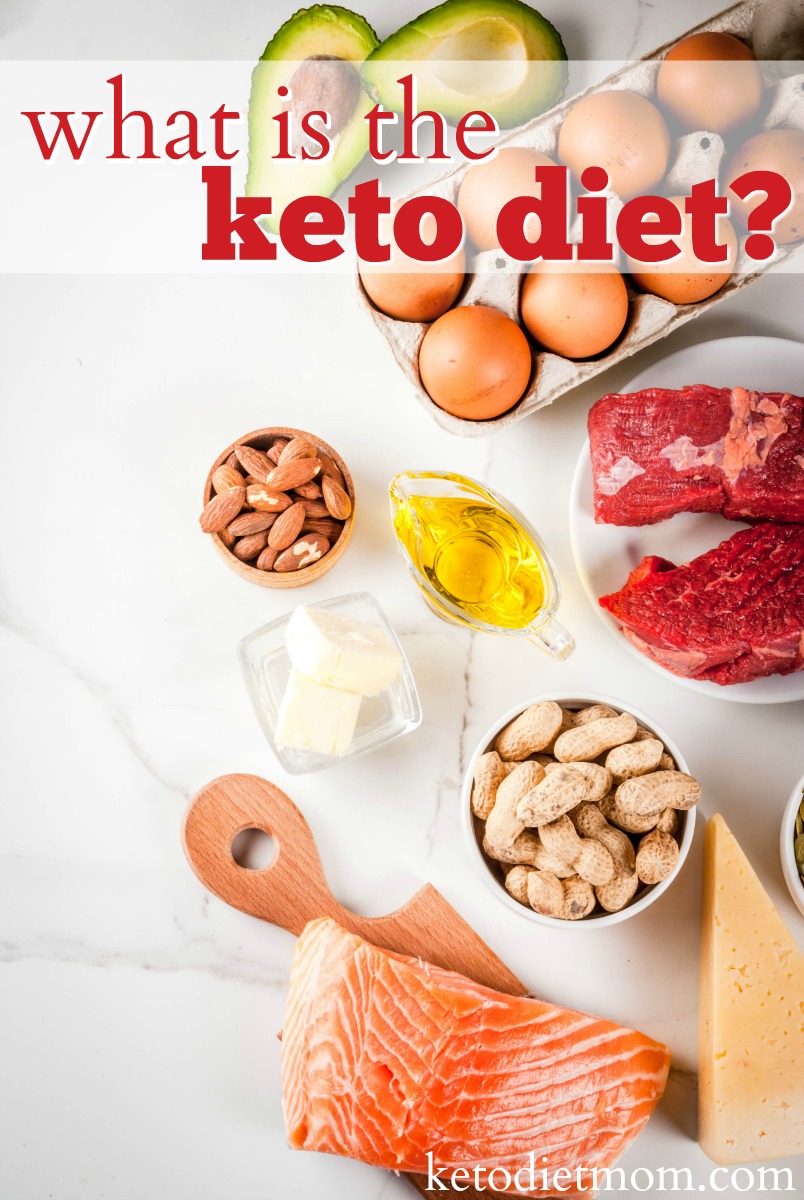 The Keto Diet (short for the ketogenic diet) is a diet that is low in carb and high in fat. Its focuses on many of the same foods and beverages as the Atkins diet plan and other low carb diet plans.

If you’re curious how the Keto diet differs, it is in the fat intake. People on the ketogenic diet dramatically reduce their carbohydrate consumption and replace those carbs with healthy fats. This slashing of carbohydrate intake places your body into the ketosis metabolic state.

The reason you want to go into ketosis is because it helps your body efficiently burn fat for energy instead of carbs. While this process is occurring, the body transforms fat into ketones in your liver, which supplies energy to the brain.

You should be aware that following a ketogenic diet can cause a huge lowering of both blood sugar and insulin levels. This reduction can be a wonderful change for many people. However, it can also lead to issues for some others.

You’ll find that there are many different things that lead people start a keto diet. Most of the time, however, it is for the purpose of weight loss. In other cases, people will be supervised by a medical professional, and they will be on a ketogenic diet plan as a part of their treatment program.

The keto diet can help to lower insulin levels and improve the ability of the body to burn fat that been stored. Most people who stick to this diet discover they start and continue losing weight more quickly than with more traditional diets like the low fat diet.

There have been medical studies, such as the ones conducted by the Department of Radiation Oncology at the Holden Comprehensive Cancer Center at the University of Iowa, and the National Institutes of Health’s National Institute of Neurological Disorders and Stroke, that demonstrate good results with using the ketogenic diet as an effective cancer treatment.

It has been shown that a modified keto diet, what could be referred to a moderately low-carb diet, is beneficial for adults in good health who find themselves at an elevated risk for metabolic syndrome, people that are having difficulty losing weight and people that need to control their blood sugar levels.

Alzheimer’s disease is a horrible thing to battle with. Low carb ketogenic diets can be used in order to help treat Alzheimer’s symptoms. By following the keto diet, people with Alzheimer’s have seen a reduction in their symptoms along with supporting healthy cognitive function.

The Epilepsy Foundation recommends the use of the ketogenic diet for epileptics as this diet plans has been proven to help control seizures in some people that suffer from epilepsy. Doctors typically recommend the keto diet for kids that have seizures that haven’t responded after trying out many seizure medications.

By now I’m sure it’s clear that the ketogenic diet is more than just a low carb, high fat diet that only helps to lose weight. It’s not a fad. This eating style is being studied and used as a component of the treatment plan for a variety of different conditions.